7 Comments
We were walking down the aisle of the dollar store and I turned to Tyson and asked, “What would you like your birthday party theme to be?” “Army!”, was his reply and then he spent the next few days telling me all the fun ideas he had planned for the party. Oh man, I have raised little party planners. Hopefully their wives will thank me. Haha! So here is a recap of the Army Man themed party I put together for his eighth birthday.Thanks to all the family who came and supported us. And here’s a simple Army Themed party tutorial for you as well.


I made these invites which you can download for FREE over at my FREE download page here.

Next I have to talk about the goodies. Yes, the food. A party is never a good one without ahhhmazing treats. The cookies pictures are from Cookies By George. I would definitely recommend them and I’m sure those at the party would agree. I barely got one they flew off the table. And even though they were shipped to me they were still super fresh.
The gumballs I found at Zurchers which is rockin’ party store that has pretty much anything you might need to your party needs.  the cake I made as a chocolate cake with mint frosting and sprinkles and then topped it with some army men. Voila! 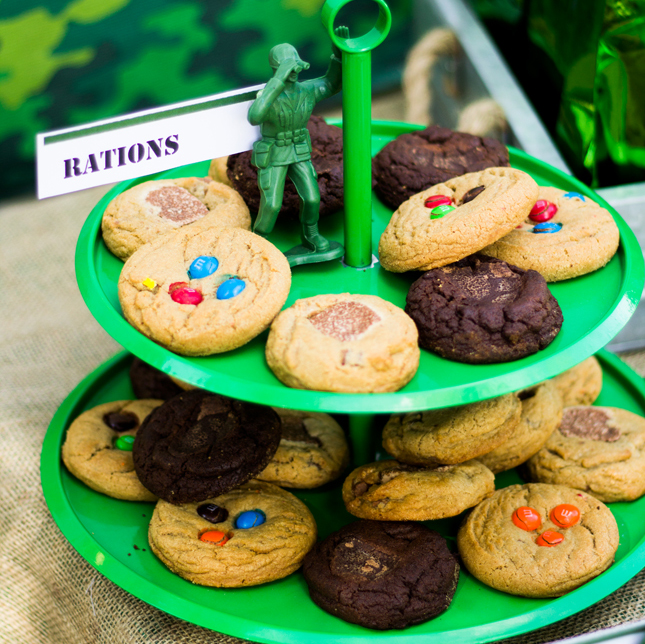 You can see how I did the table decorations below. I found the army tablecloth at Zurchers and used it as a backdrop. the star plates, army men, gold candles, treat bags, and serving plates were from Dollar tree. The tin pails are from IKEA and the tin tray from Pick Your Plum. The little grenades on the table are from Walmart.
For a fun embellishment I added party signs to the army men that you saw with the food.To print the signs above the army men be sure to head over my FREE PRINTABLE page. 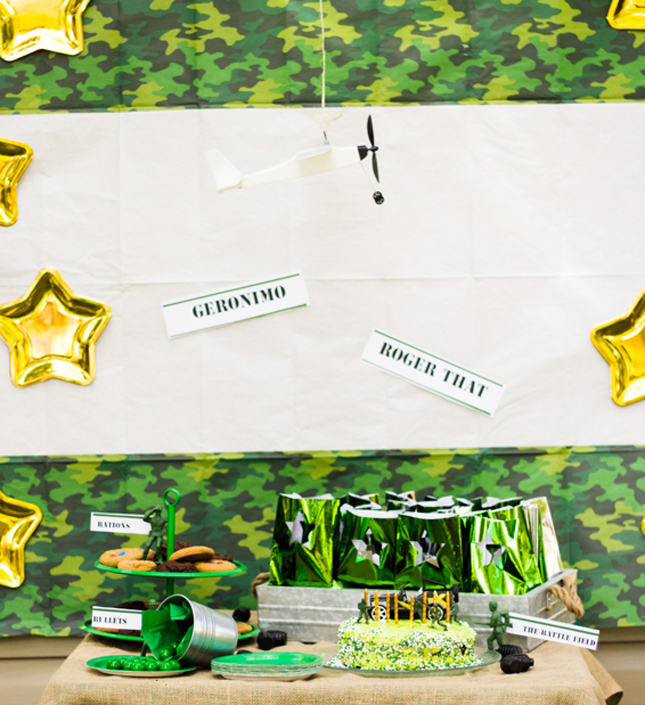 We had two on-going activities at the party. One was a simple obstacle course with a plank, a rope wall to climb through (pictured on the left of the photo) and a tire run. Simple right?
The second activity was a shooting range where you had to squirt ping pong balls off of golf tees that were placed in foam. I spray painted the squirt guns gold. Also a little tip. you can have squirt guns shipped to any Walmart year around, true story.
To print the signs above the party activities be sure to head over my FREE PRINTABLES page. 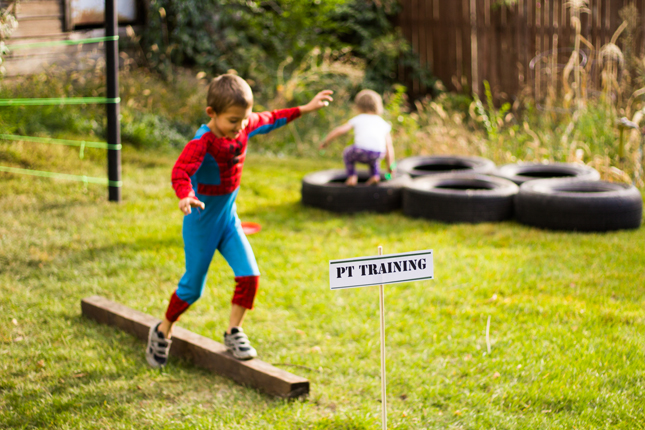 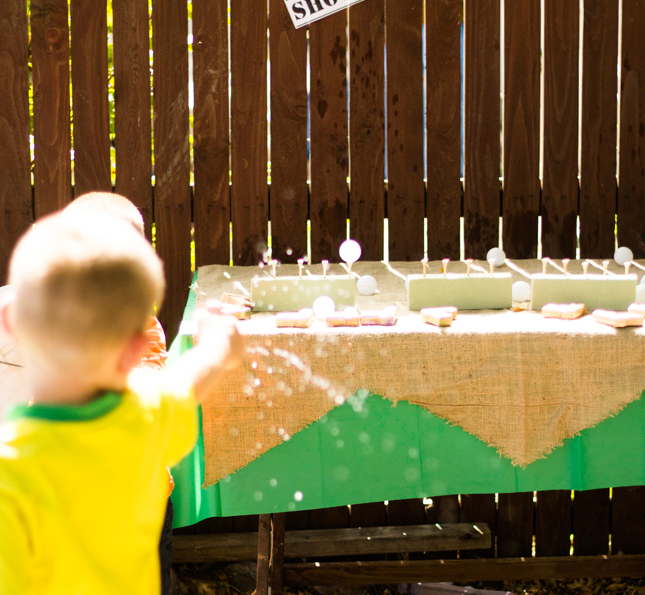 To finish off the party here’s what I put in the goody bags. I put army men, some Bazooka bubble gum, and an army toy which I bought in an Army themed party pack from Walmart.

And thats it. not too shabby. Thanks to all who came to Tysons baptism and birthday! We love you all. Family really is the best!! Have a good rest of your week and let me know if there’s any other questions about the par-tay