2 Comments
Looking for a simple way to make a Pokémon costume? Check out these simple DIY Pokémon costumes that will hopefully get your wheels turning. 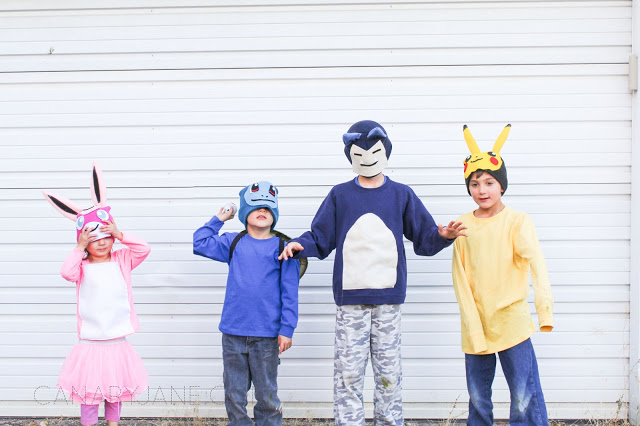 Since I’m a 90’s child and all, I kinda love that my kids are playing with Pokémon now. I totally was the geeky Pokémon collecting middle school kiddo that begged my mom to buy those clear plastic card holders from the store for my limited edition holographic nine tails. I was obsessed with them and had a pretty awesome collection including a series of cards written Japanese that I was proud of.
So for the last few years my kids have really been into Pokémon, especially my oldest. In fact for the last couple of years they have banned Pokémon cards from their classes because the kids trade and play so much. I’m sure this drive the teachers crazy. I think it’s pretty cool. So there you have it.
Of course this year my kids decided they wanted to be Pokémon. And if you know me you know I don’t want to spend $25 a costume and with the Pokémon craze I am pretty sure you can’t find Pikachu costumes for less. And this being said I have four kids! Yeah, I like dressing up but not that much. And that doesn’t even include costumes for the husband and I cause we totally dress up. Duh!
So this year I decided I make my own and used some simple sweatshirts and beanies to create their costumes. Check it out! 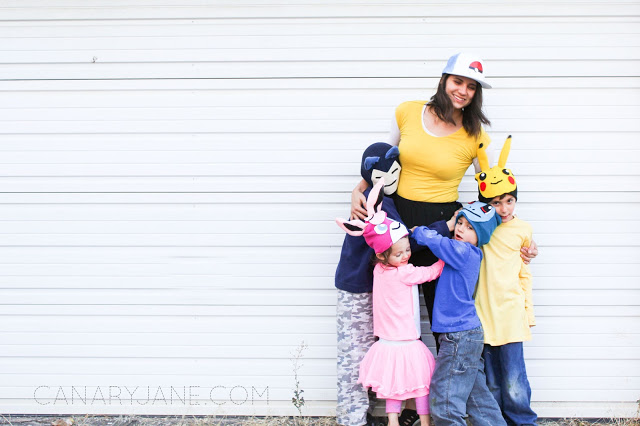 All of the kids picked their Pokémon and I went to work I stopped by my local
Deseret Industries and found these long t-shirts and beanies. This thrift store had a ton of other costumes as well and I almost just bought some premade costumes. They have Halloween experts that can help you put together a one of a kind costume for less than $10.
But I found these long sleeve tees and plain beanies. I also found my white hat, yellow shirt, and black skirt. This thrift store, Deseret Industries, has affordable plain tees that make this DIY perfect and inexpensive too.
To make these costumes I used felt, second-hand shirts, beanies, and headbands with wire. 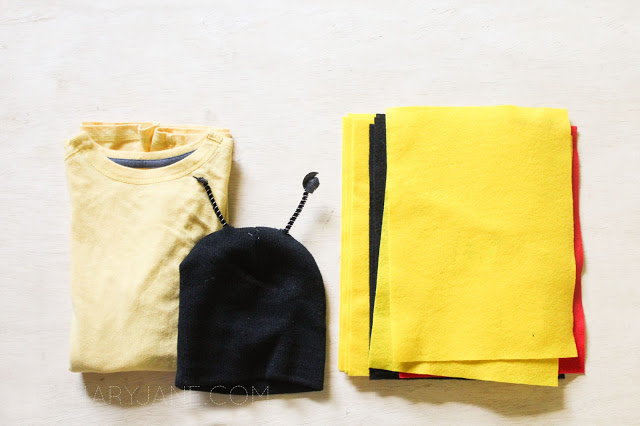 For the beanies I cut small holes and fed the headbands through. Then I cut the pieces for the Pikachu face. the wire helps keep the ears up. For the bellies I just did a piece of the felt. I used hot glue to attach every piece. 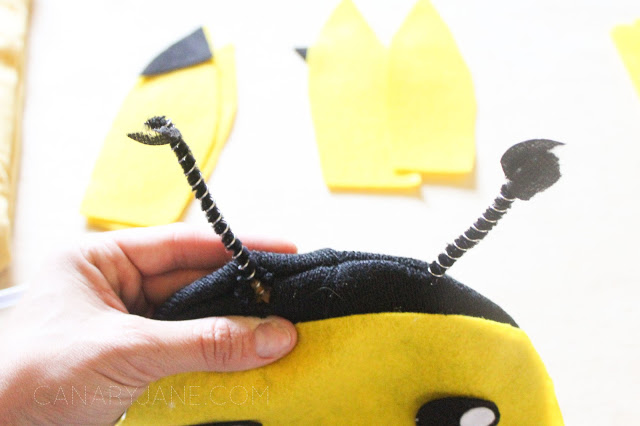 The felt runs about .25 cents at Walmart. The beanies were about $1 at Deseret Industries. The shirts were about $3 a piece. So each of their costumes were under $10! 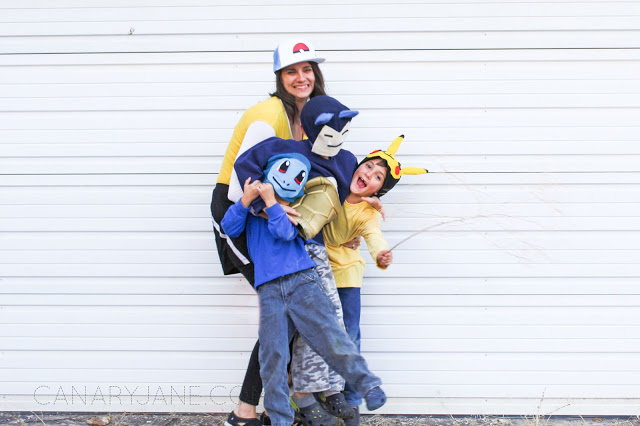 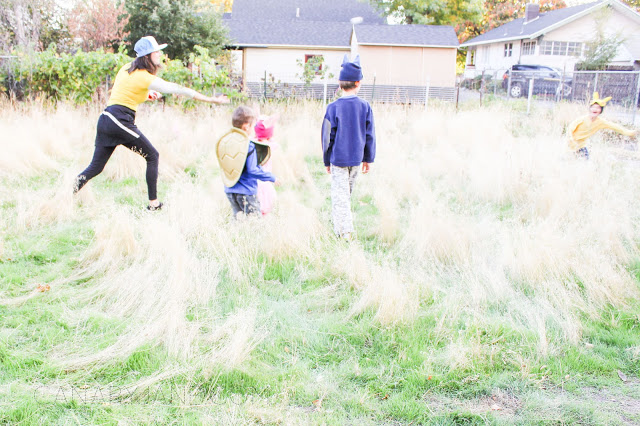 So that’s it. Another crazy craft of mine. It was totally worth it! My kids ran around the house like crazy and wore their costumes all night. And the next day we played outside and I used the Pokémon balls from Tysons Pokémon party to try and catch some of the kids. Basically we ran around the abandoned lot behind our house and battled. I captured a Snorlax and Wigglytuff but man that Squirtel and Pikachu were tough.

Here’s a few other fun Halloween crafts I’ve been up to, macramé pumpkins and 5 free printable countdowns.
Have fun! And as always let me know if you have any questions by commenting below. Happy crafting and Happy Halloween.