Read through and print off your own Easter Ressurection Eggs. Snag the free printable below. The first set was inspired by a tradition my family has done. Every Easter we open 12 eggs, called Resurrection Eggs. Each egg tells a little bit of the story of Christ. And inside each egg, you can find an item representing that part of the scripture. Here’s the free printable and what will be inside. Read below for the instructions and to get your own egg printables.

Above is the free printables. And below is the text and suggested item.

Egg 1: Jesus went to the Garden of Gethsemane to pray. He asked Heavenly Father to bless him. He did not
want to suffer. He said to Heavenly Father, “If it be possible, let this cup pass from me.” But Jesus wanted
to obey Heavenly Father. He would suffer for all people who would repent of their sins.
Matthew 26:39-44
Plastic Cup
Egg 2: One of Jesus’ 12 apostles, named Judas, made a deal with some wicked men. The wicked men
wanted to hurt Jesus. They said they would give Judas 30 pieces of silver if he would show them where
Jesus was. So Judas showed them where Jesus was, which was in the Garden of Gethsemane.
Matthew 26:14-16
3 Dimes
Egg 3: The wicked men too Jesus to the Pharisees (the ruling men of Jerusalem). The Pharisees tied Jesus
up and took him to Pilate, the Roman leader.
Matthew 27:1-2
Knotted Twine
Egg 4: Pilate asked Jesus many questions. Pilate told the Pharisees that Jesus had done nothing wrong.
Pilate wanted to let Jesus go, but the Pharisees hated Jesus. They said to Pilate, “Crucify him! Crucify
him!” Pilate did not want trouble with the Pharisees, so he washed his hands (act out with the soap) in front
of the people saying, “I am free of the blood of this just (good) person.” Pilate let his Roman soldiers take
Jesus to crucify him.
Luke 23:13-24
Piece of Soap
Egg 5: The Roman soldiers took Jesus, took off all his clothes and put a red robe on him. They put a crown
of thorns on his head. They made him hold a long green branch in his right hand. They made fun of Jesus,
called him names and spit upon him. Then they took the long green branch and hit him on the head with it.
Matthew 27:28-30
Square of Felt that is Red
Egg 6: After the Roman soldiers had done all of these terrible things to Jesus, they took the robe off him
and put his clothes back on him. Then they took him away to Calvary Hill. The soldiers lay Jesus on a
wooden cross. They nailed his hands and feet to the cross.
Matthew 27:31-32
Toothpick Cross and Nail 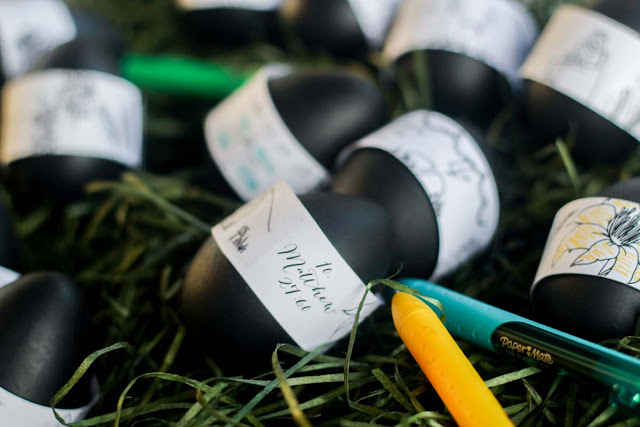 Egg 7: Jesus was on the cross. He prayed and asked Heavenly Father to forgive the Roman soldiers who
crucified him because the soldiers did not know Jesus was the Savior. The soldiers took Jesus’ clothes and
played a game called “casting lots” to see who would win the clothes.
Luke 23:34-37 Dice
Egg 8: Jesus’ mother and his disciples and friends were very sad. They loved Jesus very much. Jesus
suffered on the cross for many hours. Then Jesus died. His spirit left his body. The sky was dark. There was
a big earthquake. Rocks broke in pieces. The Roman soldiers were afraid.
Matthew 27:45-46, 50-54
Bag of crushed rocks
Egg 9: One of Jesus’ disciples, named Joseph, took Jesus’ body off the cross. He wrapped Jesus’ body in a
clean cloth and laid him in a tomb (a place where people are buried).
Matthew 27:57-59
Piece of White Fabric 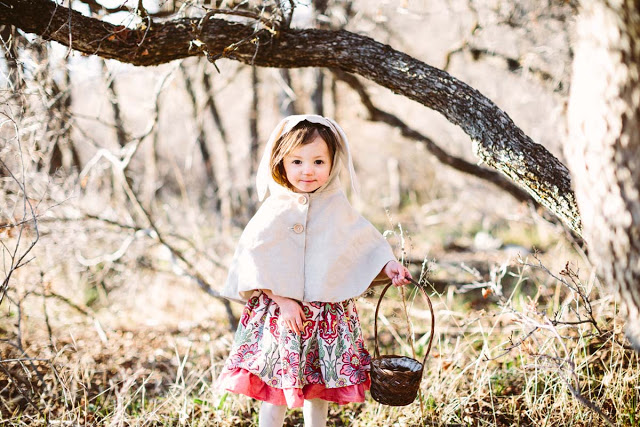 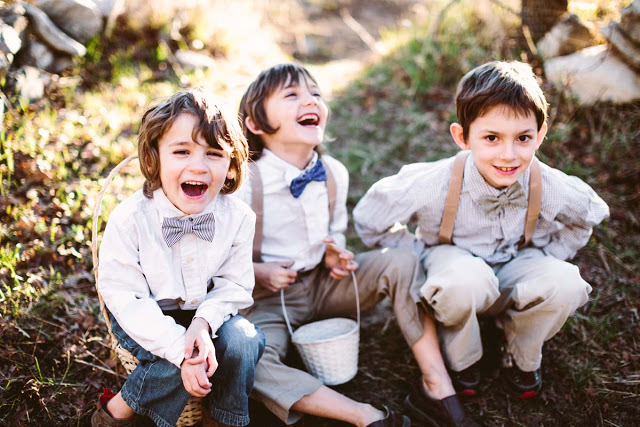 Egg 10: After Joseph laid Jesus’ body in the tomb, he rolled a big stone in front of the tomb so that Jesus’ body would be safe.
Matthew 27:60
Rock
Egg 11: Jesus’ body was in the tomb for 3 days. Mary Magdalene and the other Mary came to the tomb to
anoint Jesus’ body with sweet spices.
Matthew 28:2 and Mark 16:1-9  Herbs
Egg 12: When Mary Magdalene and the other Mary got to the tomb, the stone was rolled away from the
door. They looked inside the tomb, but Jesus’ body was not there. They saw an angel who said, “Jesus is
not here, for He is risen as he said.” Jesus was resurrected! His body and spirit had come together again. He
was alive again! Jesus promised that we, too, will be resurrected like Him. This is a very special gift that
Jesus gave to us.
Matthew 28:1-6
Empty Egg

Get your Easter Resurrection Eggs Here

And then cut them out along the lines. Wrap the strips around the eggs and then secure with tape. Easy! Also if you’re looking for some great coloring supplies, I recently tried PaperMates Ink Joy pens. As a lefty I loved that the ink was specially formulated to dry quicker cause I constantly have that ink mess on my hand. The colors are perfect for coloring the Egg wraps I made. Now here’s what we are wearing in this post. I am wearing a dress from Shop & Apparel. Nora and I have matching clogs from Svens clogs. Nora is wearing a dress from Persnickety and an adorable bunny cape from Tortoise and Hare. The boys have bow ties from Little Mr. from the Baby Cubby and suspenders from Sweet n’ Swag. The flowers are from Fox Glove. And all the photos are taken by Roxana Baker Photography.

I hope you all have a beautiful Easter, whether it’s about Christ’s resurrection or just some bunnies and family. I love celebrating Spring and the new life that is brought with it. I come alive when the sun shines longer and the trees turn green again. And Easter means even more to me as it symbolizes new life through Christ. Happy Easter. 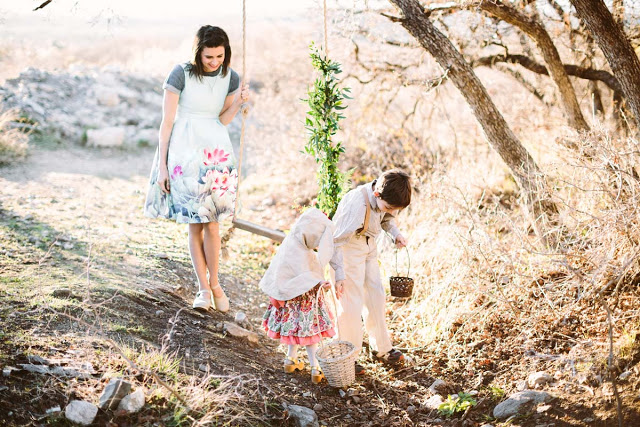 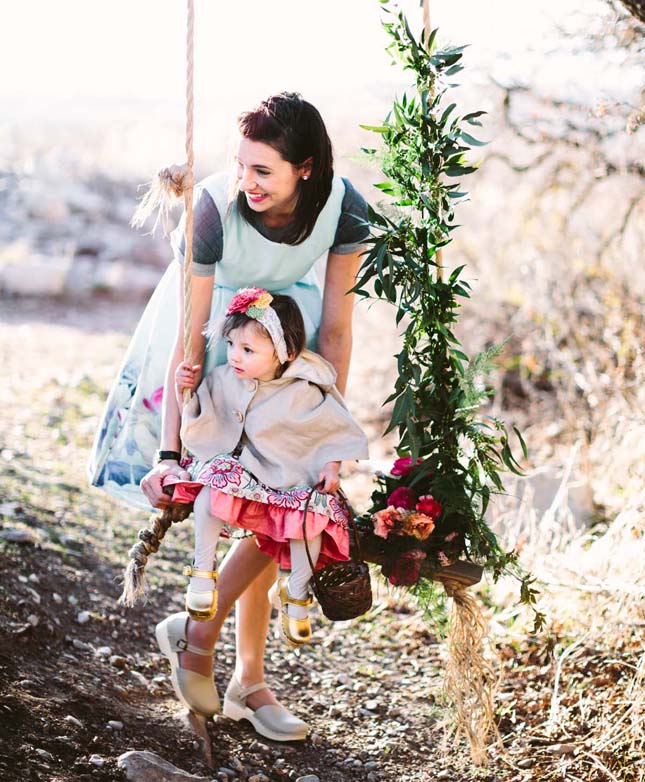