Print off these beautifully illustrated portraits of Relief Society women with their information which is perfect for your next Relief Society birthday meeting.

Here are a handful of the prints you can get below. And if you keep scrolling you can read each of these amazing ladies stories. 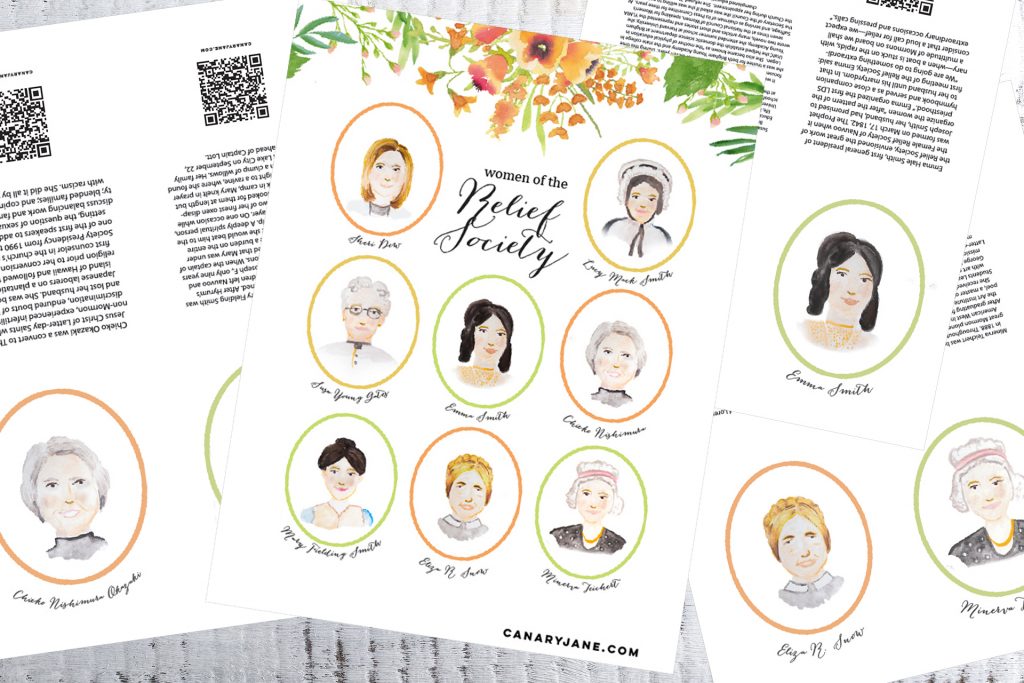 How do you save and print these files?

1. Click the file you would like to print.
2. Once the larger version has opened, right click the image.
3. Click the “save file” option.
4. Open the file on your computer under the file you saved it as, and click”print”.
If you have difficulty printing let me know by emailing me at hello (@) canaryjane.com. If you share these projects feel free to use #cjanecreate or you can email me the photo and I’ll share it here on the post. These are copyright and not allowed to be used professionally. 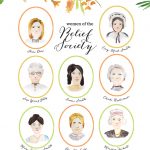 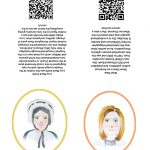 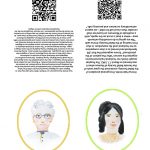 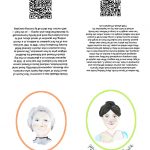 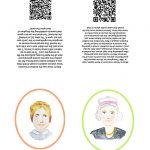 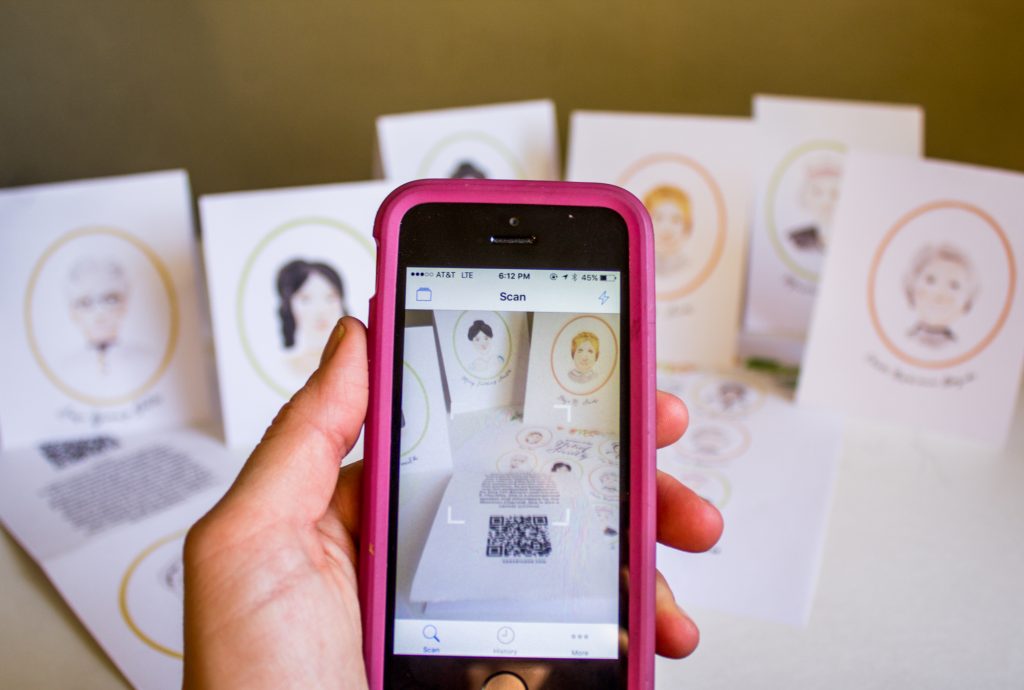 To make the cards as centerpieces for a Relief Society Birthday simply have them printed at your local print shop or make sure its high quality if printing at home. Fold them in half and lay a few flowers around each photo.

Eliza R. Snow was the brother of Lorenzo Snow and was sealed to Joseph Smith. Eliza was a brilliant student and famous for her poetry. She was the second general president of the Relief Society, dedicated her life to serving the Lord. “To be able to do Father’s will is what I wish to live for,”1 she once said. But she didn’t wish such a life only for herself. She wanted every woman to recognize her significance in the Lord’s eyes and act upon it. “No sister [is] so isolated,” she declared, “but what she can do a great deal towards establishing the Kingdom of God upon the earth.”

Emma Hale Smith, first general president of the Relief Society, envisioned the great work of the Female Relief Society of Nauvoo when it was formed on March 17, 1842. The Prophet Joseph Smith, her husband, had promised to organize the women “after the pattern of the priesthood.” Emma organized the first LDS hymnbook and served as a close companion to her husband until his martyrdom. In that first meeting of the Relief Society, Emma said: “We are going to do something extraordinary—when a boat is stuck on the rapids, with a multitude of Mormons on board we shall consider that a loud call for relief—we expect extraordinary occasions and pressing calls.”

Chieko Okazaki was a convert to The Church of Jesus Christ of Latter-day Saints who married a non-Mormon, experienced infertility, faced racial discrimination, endured bouts of breast cancer and lost her husband. She was born in 1926 to Japanese laborers on a plantation on the big island of Hawaii and followed the Buddhist religion prior to her conversion. She served as first counselor in the church’s General Relief Society Presidency from 1990 to 1997 and was one of the first speakers to address, in a church setting, the question of sexual abuse, and to discuss balancing work and family; homosexuality; blended families; and coping — as she had — with racism. She did it all by turning everyday items and experiences into powerful metaphors — a crazy quilt, a piece of rope, a “cat’s cradle” string, left-side driving rules — that formed the centerpiece of her sermons.

Sherri Dew is an American author, publisher, and president and CEO of Deseret Book. She was a Relief Society counselor from 1997 to 2002 and was the first unmarried woman called to that position. As an author, Dew was the authorized biographer for Ezra Taft Benson and Gordon B. Hinckley. She is a motivational speaker and interviewer for the Mormon Channel. She is also a cancer survivor.

The widow of Hyrum Smith, Mary Fielding Smith was well educated and determined. After Hyrum’s martyrdom, she and her children left Nauvoo and journeyed to Utah. Her son Joseph F., only nine years of age, drove one of the wagons. When the captain of their company complained that Mary was under equipped and would be a burden on the entire company, she replied that she would beat him to the valley-and without his help. A deeply spiritual person, Mary often relied on prayer. On one occasion while crossing the plains, two of her finest oxen disappeared. Several men looked for them at length but without success. Back in camp, Mary knelt in prayer and then walked straight to a ravine, where she found her oxen caught in a clump of willows. Her family arrived in Salt Lake City on September 22, 1848-ahead of Captain Lott.

Minerva Teichert was born in North Ogden, Utah in 1888. Throughout her life she captured the great Mormon pioneer story and the story of the American West in murals and easel paintings. After graduating from high school, she studied at the Art Institute of Chicago under John Vanderpoel, a master of the academic school of painting. She received a scholarship to study at the Art Students League in New York where she studied with art realist instructors Robert Henri and George Bridgeman. She also served as an art missionary for the Church of Jesus Christ of Latter-day Saints. Teichert created more than 60 murals that adorn public places in Utah.

Lucy Mack Smith was the mother of the Prophet Joseph Smith and his main biographer for the crucial formative years of the restored Church. A marked tenderness existed between the Smith parents and children, and Lucy lived near or in the Prophet’s household through hardships in New York, Ohio, Missouri, and Illinois. Mother and son maintained the strongest mutual respect throughout these years of change, sacrifice, and persecution. Lucy always defended her faith and was a mother figure to the new converts. She gave everything she had in service to the church.

Susa Amelia Young was born on 18 March 1856 in Salt Lake City, Utah, to Brigham and Lucy Bigelow Young; the forty-first child of her father. Education was important in this household and Susan pursued hers all her life, breaking ground all along the way. At age thirteen, she entered the University of Deseret (University of Utah).  At fourteen, she was editor of the school’s literary magazine.  Later, she would establish the music department at the newly formed Brigham Young Academy.  She became proficient at telegraphy and shorthand, acting as recorder at conferences.

It was Susa’s idea to start the Young Woman’s Journal, a magazine that focused on the young girls.  She edited it for eleven years.  During this time she was a trustee for both Brigham Young Academy and the state college in Logan.  She also became known as “the mother of physical education in Utah”, she helped establish the domestic science department at Brigham Young Academy, she attended summer school at Harvard University, she wrote two novels, many articles and short stories and represented the YLMIA seven times at the National Council of Women, speaking for Women’s Suffrage, and serving as chairman of its Press Committee for three years.  At the Secretary of the Council she was asked if she was willing to not mention the Church during her appointment.  She refused. Throughout her life, she championed education and her religion.

If you liked that, you may like this too:

Any cookies that may not be particularly necessary for the website to function and is used specifically to collect user personal data via analytics, ads, other embedded contents are termed as non-necessary cookies. It is mandatory to procure user consent prior to running these cookies on your website.